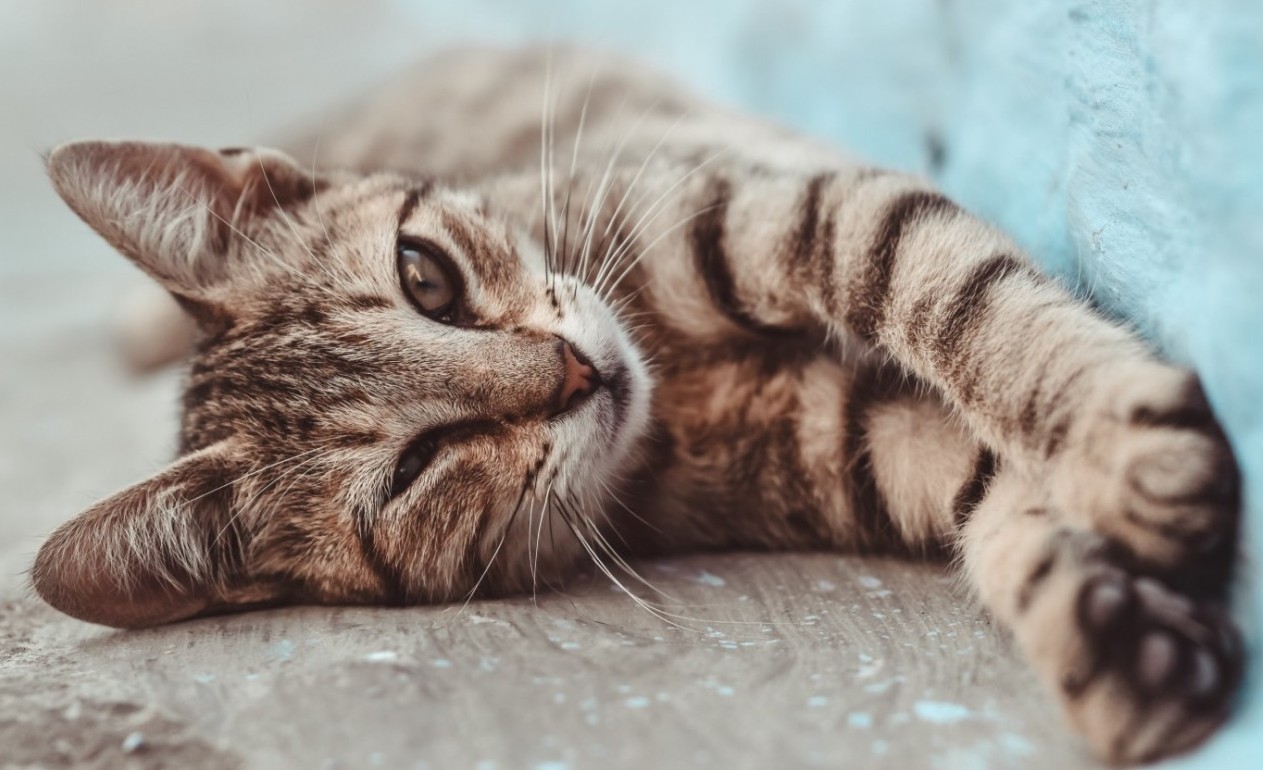 A room filled with 17 friendly cats is heaven on earth for feline fans, and at The Cat Lounge in Auckland, the kitties have a pretty stellar deal as well. Spending their days in an indoor playground complete with tree houses, tunnels, bridges and walkways, able to retreat to a visitor-free abode should the attention get too much, these pampered pusses are well looked after.

“They’re all rescued cats that have come from some pretty horrible beginnings, so it’s great to be able to give them a home where they get spoiled rotten and can snuggle and sunbathe all day,” says Mike Jones, co-founder of The Cat Lounge.

Last year Mike and his friend Vicky Chapman embarked on a crowdfunding campaign to establish the first cat café in New Zealand after hearing about one in Melbourne. Mike and Vicky’s Kickstarter campaign raised $30,000 and caught the attention of rescue organisation The Lonely Miaow Association as well as pet food company Friskies, both of whom came onboard as partners. “Crowdfunding is still a relatively new and unseen thing in New Zealand so we didn’t know how we’d get on, but it certainly took off!” Mike recalls.

With their project fully funded, the venue was designed with feedback from other cat cafés in mind. Extractor fans to swiftly remove litter smells out of the building were a priority, and the coffee shop was built separate from the cat lounge by double doors, ensuring that food and beverages are 100% cat hair free. Having received community backing from the get go, The Cat Lounge gives back by donating the café’s unsold food to the Salvation Army.

While he couldn’t predict The Cat Lounge’s instant popularity (they received 500 bookings in the space of two days), Mike understands the desire to chill out with furry friends.

“There are so many stressors in life,” Mike says. “A place to get away from them, to relax and cuddle some fluffy animals, is what people need. We already have regulars who visit us a few times a week to get their cat fix. We’ve had everyone from grandparents in retirement villages that can’t have their own pets, families that can’t either because Dad’s allergic, to parents bringing in sick kids on their way back from hospital to cheer them up. We’ve had community groups through who look after people with disabilities and to see smiles on the faces of everyone who walks through the doors is very rewarding.”

For former banking employee Mike, the realisation of a local cat haven has been “a very surreal experience, to have it go from a dream to reality,” he reflects. “To then have it become so popular is extremely humbling. I hadn’t realised just how rewarding this job would be and how it could brighten up people’s days so much.”

Benefits of having a cat (BlackHawk Pet Care)

We weren’t planning on getting a cat. Just the night before we found a stray…

Need some magic wordsmithery done?
Or an endless supply of whip-smart GIFs and super-cuddly cat pics?
Write To Me
Copyright Samantha Allemann 2021 - All Rights Reserved
Back To Top
×