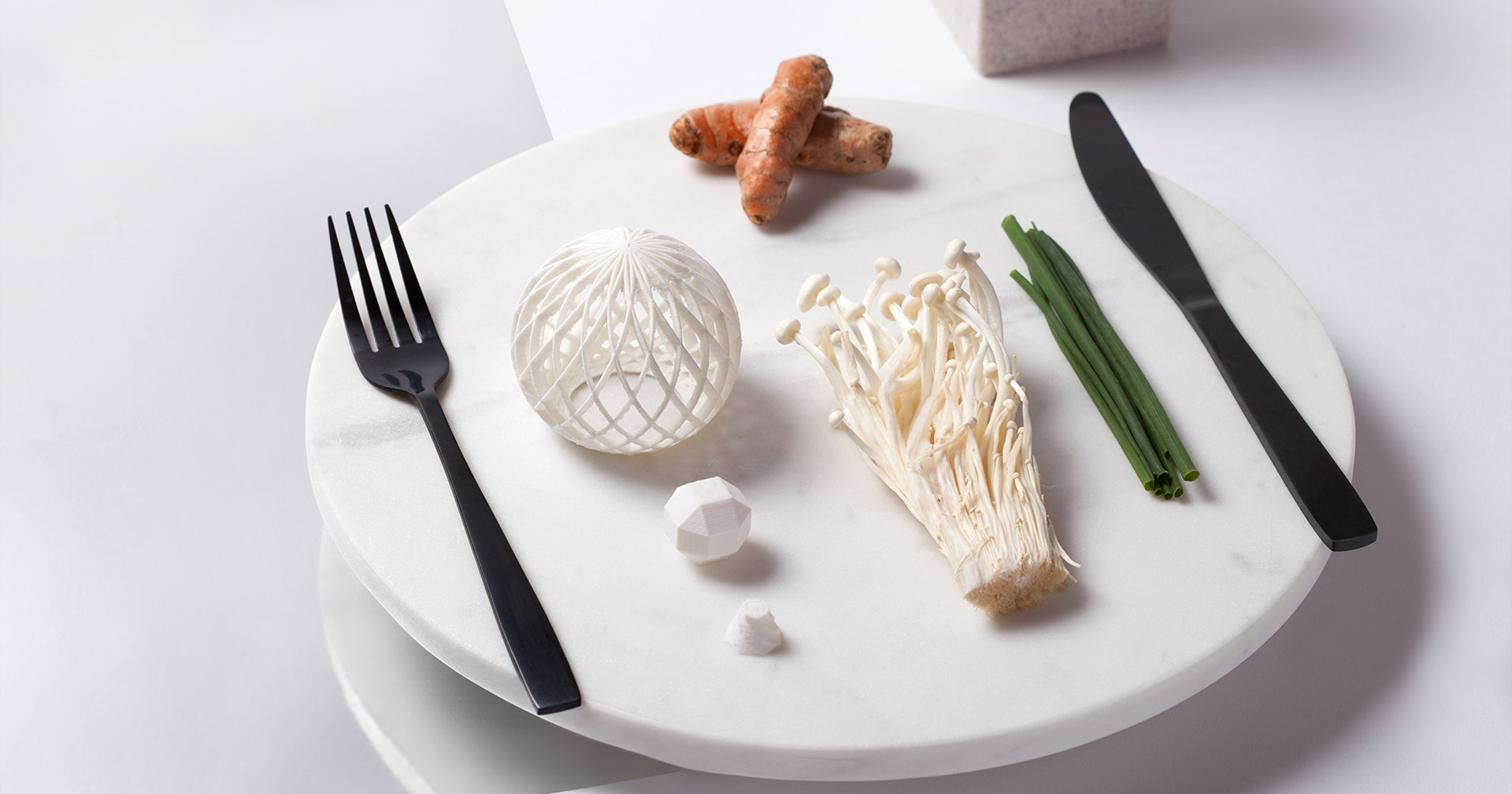 Imagine pattering into the kitchen, flicking on the coffee maker and casually leaning over to fire up your personal 3D printer, which warms up and gets ready to whip you up a plate of eggs or pancakes. So far so Sci-Fi, right? In reality this is how the CSIRO think we’ll be making breakfast 13 years from now.

Dr Amy Logan is Senior Research Scientist for CSIRO’s Agriculture and Food Department, which is leading the research into the future of 3D foods. Her team are currently in the midst of a 13-year study looking into the possibility of printing produce, which they believe will not only be edible but nutritious. ‘The work we’re doing will revolutionise the way foods are manufactured’, says Logan. ‘By developing the next wave of ‘food generator’, we’re looking at 3D printing technologies as a way to prepare individualised food on demand.’

While 3D printed food already exists, the technology is currently limited. Based on temperatures used to set the food into shape, production has so far been limited to sugar-based foods such as chocolate and lollies.

It won’t always be this way, however, as Logan explains that tests are underway in the CSIRO’s $6 million 3D printing centres to work out just how printing your own food could work on a national, and global, scale. ‘In the future we imagine that ingredients, or ‘food inks’ will be made from meat, dairy and high protein plants as well as fruit and vegetables.’ she says. ‘It’s likely that they will be purchased, in cartridge form, from a supermarket and then loaded into a 3D printing machine. Multiple inks will be able to be used at any one time to mix and combine a person’s optimum food matrix.’

This optimum food matrix is an integral part of the CSIRO’s work as they are passionate about how 3D printed food can be used to help optimise personal health. ‘Our vision is to be able to prepare a food product for a consumer that will meet their exact daily nutritional needs,’ Logan says. ‘Our research is focused on better wellbeing and so an optimum food matrix would, for us, be about delivering optimum nutrient loading in the most bioaccessible form. This will be achieved by loading personalised information into the printer system and using it alongside real-time physiological data collected through biosensors to develop a personalised food matrix for optimal health.’

It sounds like printing food could be the answer to so many of our global health issues but when it feels like an achievement to print a document without having to deal with a paper jam, how will entire meals be produced hassle-free? And will they actually appear looking, smelling and feeling like the food we are used to? ‘We don’t want to be serving up a pile of goo; instead our structured foods will be based on real foods and prepared with appealing textures, tastes and smells,’ says Logan. ‘We use sensory panellists (human testers), who are able to describe products on the basis of smell, taste or feel in order to ensure we’re getting it right.’

As well as how 3D printed food tastes and smells a big part of Logan and her team’s testing process concentrates on looking at how food reacts under force. In otherwords, what happens when we put it in our mouths. Each sample is put under rigorous testing by the CSIRO team to look at how it might deform or flow under pressure. This is done by mimicking the pressure experienced by a food as it’s squeezed between the tongue and soft palette.

And your own piece of finely tuned cheese could soon be chugging its way out of the printer and onto your plate, as the story goes that by 2030 3D printers could be the new microwaves. Keep some room on your kitchen bench just in case.

Pulling a carrot out of the ground can spark many emotions – hope, excitement,…

Whether you’re after international flavours or seeking that perfectly cooked steak, Geelong’s eateries have you covered. Whether in the centre of the city or on the outskirts, you’ll find a vibrant food culture emerging. Geelong’s dining scene is increasingly reflecting the multiculturalism and diversity of Victoria’s second largest city. Haven’t dined in Geelong since Kardinia Park changed names? Check out these new eateries on the scene.
Need some magic wordsmithery done?
Or an endless supply of whip-smart GIFs and super-cuddly cat pics?
Write To Me
Copyright Samantha Allemann 2022 - All Rights Reserved
Back To Top
×