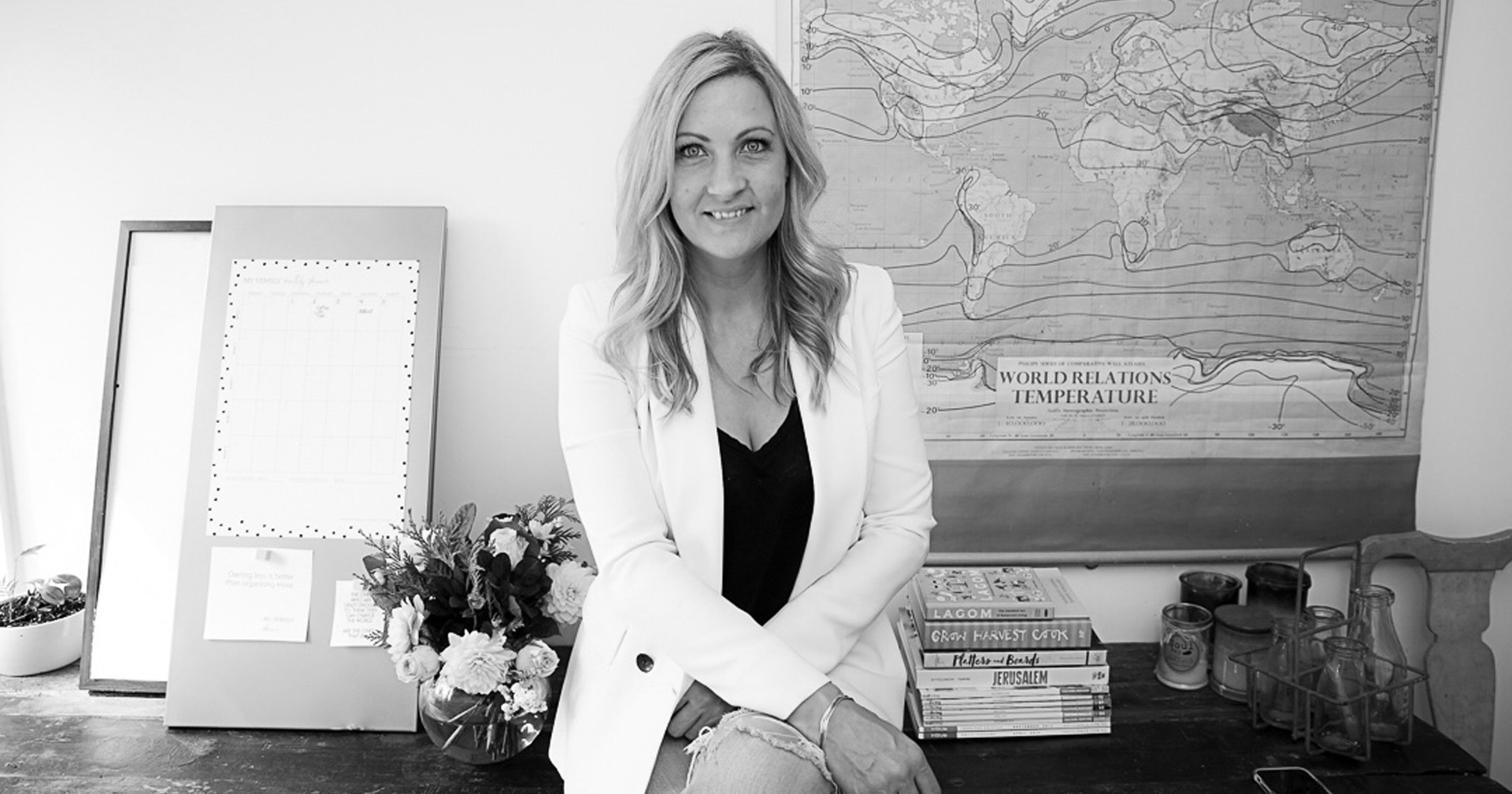 While shocking news reports can become part of everyday noise, flitting out of our minds, some stories stay with us. For TV stylist Debora Schultz, a chance viewing of a documentary on child sex slavery moved her to take action. “Being a mother, it just horrified me,” she says.

Human trafficking is the world’s fastest growing crime, with an estimated 1.2 million children forced into sexual slavery every year. “It’s massive and it’s growing – this is something we need to fight against,” says Debora.

She knew she wanted to be part of the fight, so Debora started brainstorming ideas on how to help. Having over 20 years of fashion experience and a love affair with denim, she decided to start her own jeans label, one with a charitable focus.

Justice Denim launched in 2018, with each pair of jeans sold helping fund one week of education for a girl rescued from sex slavery. The donations go to Destiny Rescue, a non-profit organisation founded by fellow Australian Tony Kirwan and based in Thailand, Cambodia, India and the Philippines.

The vocational training Justice Denim contributes to allows the rescued girls to learn trades such as cooking, hairdressing and jewellery making, helping them become self-sufficient. It’s life-changing education, which is why Debora is hoping Justice Denim can help educate 150 girls annually.

As well as the charitable aspect of the label, Justice Denim is also focused on ethical and sustainable manufacturing, another cause close to Debora’s heart. “Rana Plaza was a huge wake up call for me,” she says about the 2013 building collapse that killed over 1000 garment workers.

It was what inspired her to work towards a transparent supply chain for her label, ensuring no one is being harmed or exploited throughout the process. “We’re trying to follow the supply chain all the way back to the cotton,” she says.

Justice Denim is independently audited and accredited by Ethical Clothing Australia, and Debora gets advice from anti-slavery campaigners. “Our factories have signed declarations to say that there’s no child labour used,” she says.

The jeans are handmade in Melbourne, with denim offcuts and scraps donated to quilters (rather than going into landfill), and denim distressing done by hand rather than sandblasting.

Sandblasting is a controversial manufacturing process, harmful to workers. It can cause lung fibrosis and emphysema which is why the International Textile, Garment and Leather Workers’ Federation have spent a decade campaigning against the practice, yet it still continues.

“Part of what I do is educating people about the production process of jeans,” says Debora. “They don’t realise that when denim is produced offshore, manufacturers sandblast the denim to fade it.”

Another aspect of the manufacturing process increasingly moving offshore is denim buying. “Years ago I used to buy Australian denim from Bradmill [which went into receivership in 2002] but now everyone is going offshore because it’s cheaper,” she says. Unable to source local denim, she buys it from a factory in Turkey that has environmental, health and production safety accreditation.

With the design and production of the jeans being done in Melbourne, Debora hopes Justice Denim can help strengthen the flailing local denim industry. “I don’t think I can save the denim industry myself – that’s a bit arrogant – but I want to do my part,” she says.

Made up of three types of skinny leg jeans and two maternity styles, Justice Denim’s range is small, which is how Debora wants it to stay. “It’s definitely slow fashion,” she says. “We don’t have new styles coming out all the time; we stick with really classic styles that will last for years.”

This also fits in with the label’s green credentials – buying less and investing in quality pieces built to last, easing our landfill load and discouraging overconsumption. However when a pair of jeans can now be bought for less than a takeaway dinner, it can be hard to change our mindset around the cost of clothing.

Debora says that while the adage of ‘you get what you pay for’ is becoming better understood, she has faced some criticism around Justice Denim’s higher price point. “Not many people realise how common slave labour is in the fashion industry,” says Debora.

“Ethical production is a commitment to a different way of doing business,” she says. “It’s about putting the principles of fairness and decency before profits, and this means we’re committed to paying our denim artisans fairly.”

Swimming with the dolphins, going on safari, exploring Paris by foot, being dazzled by the…