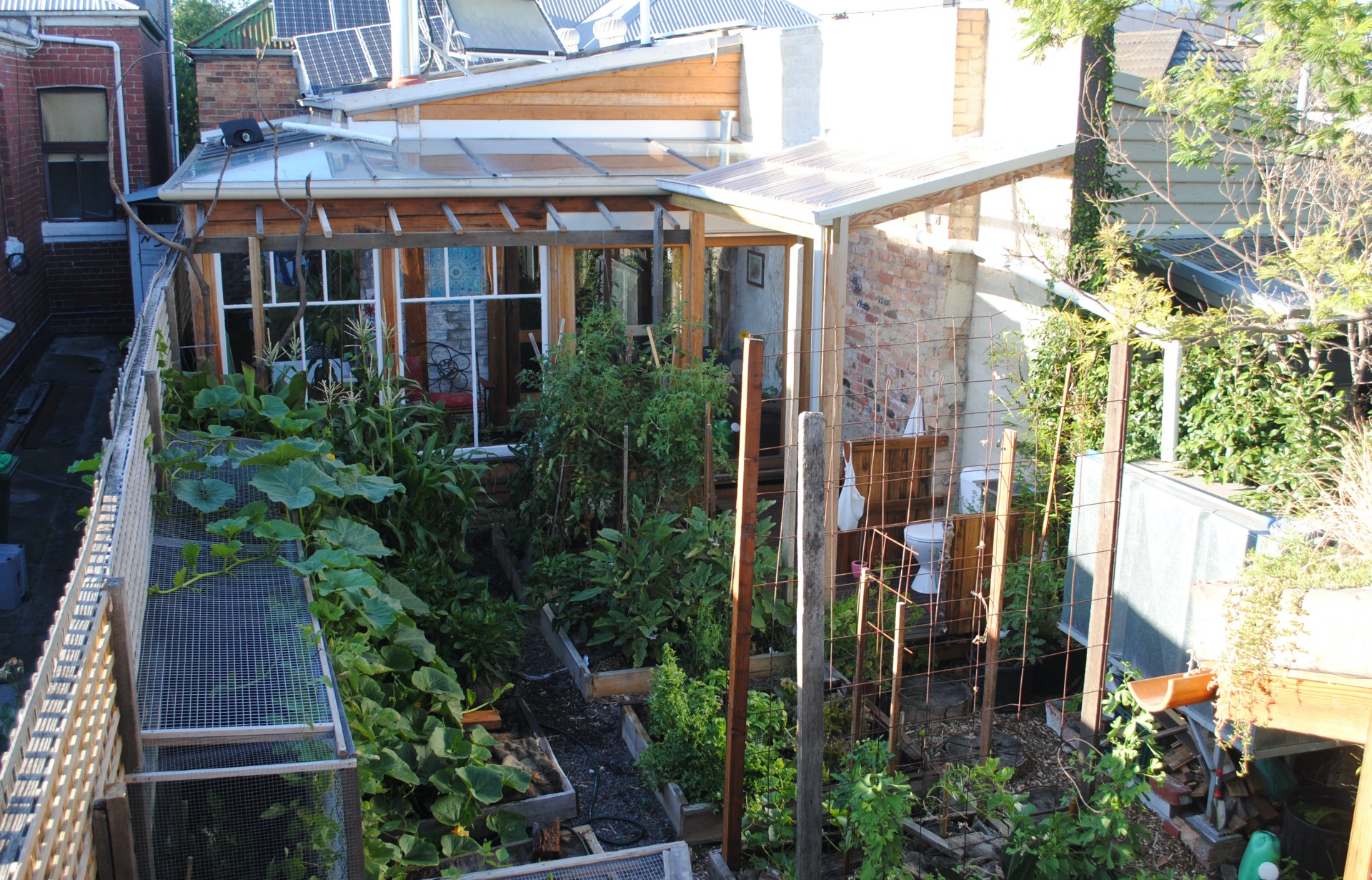 You won’t find many homes in the inner city that have intentionally shrunk to make way for a larger garden, but that’s what happened behind a bright red door in Northcote, Melbourne.

Alistair Tuffnell and Christine Baro live with their cat Peppino in a two bedroom workers cottage. When Alistair bought the house twenty years ago, it was rundown, dark, and all he could afford in the area. His partner Christine moved in three years later, and they had big plans for living off the land. “We went to Tassie where we were going to buy a farm, but that didn’t work out,” says Alistair. “So all of the things that we wanted to do down there, we thought, ‘stuff it, let’s do it here instead.”

Read More→
Need some magic wordsmithery done?
Or an endless supply of whip-smart GIFs and super-cuddly cat pics?
Write To Me
Copyright Samantha Allemann 2020 - All Rights Reserved
Back To Top
×