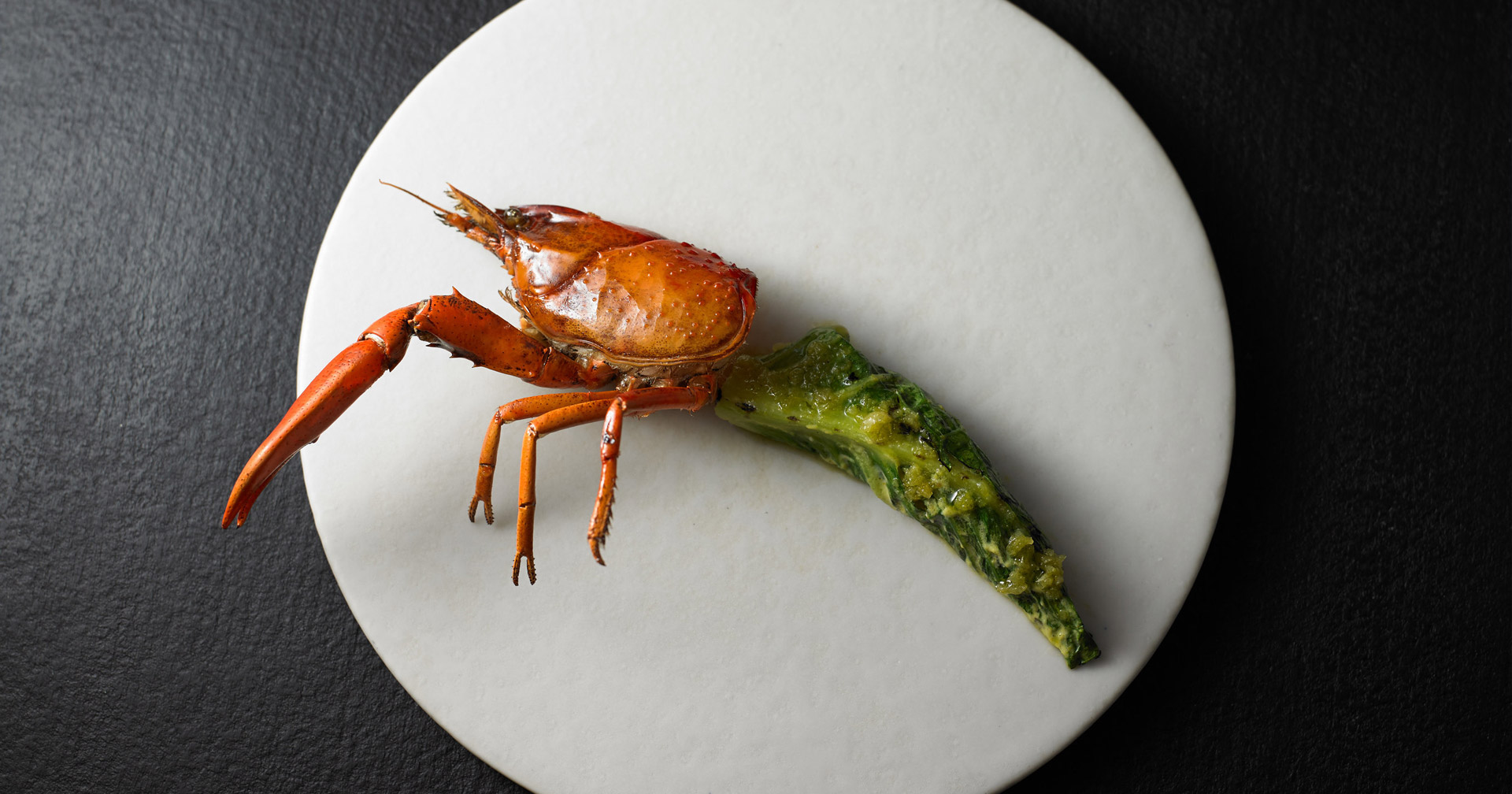 “It started as a bit of a gimmick, with lemon myrtle and bush tomato and that sort of thing,” says Bruce Pascoe, author of Dark Emu: Black Seeds, about the spark of interest in native foods.

Driven by clever marketing tactics or not, eating indigenous foods simply makes sense on an environmental level. “Most of these plants don’t need any extra water or fertiliser, and they’re perennials,” says Bruce. “They have deep root systems which means they’re sequestering carbon and maintaining soil health. A lot of the introduced foods are annuals which require yearly ploughing, and that’s decimating our soil health. So there are lots of very logical reasons why we should be using Aboriginal food, but we should also be determined to do so in an environmentally friendly way. We can no longer afford to farm this country using European techniques.”

“It’s now common to see kangaroo on a pub menu, finger lime in a cocktail and native hibiscus or lemon myrtle in a fine dining restaurant,” he says. “Chefs and bartenders are making the decision to use these ingredients because they offer something uniquely different and serve a purpose that other ingredients don’t.”

Charcoal Lane’s staff are predominantly made up of vulnerable young people, many of whom are Aboriginal. “We hope to educate our guests in the native game, fruits, herbs and spices of Australia, while also opening the door to learning about Aboriginal culture,” Nick says.

Being able to learn from and understand Aboriginal culture, as well as process Australia’s unpalatable history, should come way before you learn how to correctly peel a bunya nut.

“You can’t eat our food if you can’t swallow our history,” said Bruce at this year’s urban agriculture conference in Melbourne.

This is a sentiment echoed by Attica chef and owner Ben Shewry, who has long incorporated indigenous foods into his menus. “I cooked with New Zealand indigenous foods for pretty much my whole career,” he says. “Growing up in New Zealand, acknowledgement and enjoyment of indigenous culture is a broader part of society. And I was really into cooking Thai food, so I always felt the sensitivity of doing it right culturally. It’s really hollow to take someone’s culture and knowledge and pass it off as if it were your own.”

“But coming to Australia, I didn’t feel confident approaching indigenous foods and culture at first, because I didn’t know anything about them,” Ben says. After a conversation with a quandong farmer got him thinking about other native Australian ingredients he could use, Ben started educating himself and reached out to others as well.

“In the last four years Bruce has been a major inspiration and source of knowledge for me, and our friendship has been really important in meeting other indigenous Australians who are experts in their fields,” Ben says.

While the murnong seeds come directly from Bruce, Ben says Attica sources their ingredients from many suppliers, yet he wants to be as hands-on as possible. “With indigenous ingredients it’s a tricky one, because I always wanted to deal directly with the source,” he says. “I prefer to deal directly with the people who are procuring and growing the food, paying them what they ask for and knowing that what we’re paying is going directly to them, to minimise any chance of exploitation.”

“Australia has got away with taking everything from Aboriginal people for so long, appropriating everything, including art, and land obviously,” says Bruce, who has started a family-run company called Black Duck Foods. “I don’t want Australians to dispossess us a second time, by taking away our foods and the plants we domesticated all those years ago. I’m hoping they will remember where it came from and include Aboriginal people in the bounty that will flow from using Australian foods.”

And it’s expected to be a bounty, with indigenous Australian foods increasing in popularity both here and overseas. Yet this interest is putting incredible demands on resources, says Bruce. “Some of these foods were domesticated to cater for a relatively small population,” he says.

Bruce however points out that Aboriginal agriculture saw people working on broad acres to grow staples like grains and tubers. “In the past, Australians haven’t liked to accept that, because it talks about land ownership,” he says. “That’s why I hate the term ‘bush tucker’ – it’s diminutive and tries to infer that Aboriginal people were hunters and gatherers. Australia is very comfortable with that term because it supports the history that they like to accept.”

“I’m interested in seeing Australian people eat Aboriginal staple foods, because that leads to the consciousness that Aboriginal people had an agricultural economy,” says Bruce. “My interest in that is that it goes directly to the heart of treaty. We should encourage Australians to accept Aboriginal food products and gently urge people to consider some kind of rapprochement with Aboriginal people and the land itself.”

Bruce holds this hope despite saying the government and big corporations “talk big but no one delivers”.

“What a great thing for Australia to do, assisting Aboriginal people to grow their traditional foods, returning the buggered-up land sheep have destroyed which we’re now selling to the Chinese,” he says. “What about saying the Australian government will buy this land and pass it onto Aboriginal people?”

At the consumer level, supporting restaurants and suppliers who are ethically sourcing their ingredients and celebrating indigenous culture is a good starting point.

“People talk about Australia not having a cuisine, and cuisine and culture are so linked,” says Nick. “A lot of Australians don’t get taught about the indigenous heritage of our country and don’t personally seek more information. I think a lot of the time that’s driven by a fear of not knowing how to approach things. But when you’re in a space where you don’t recognise half of the ingredients on your plate, you’re not scared to ask questions. And that opens it up to more questions. It makes people recognise how much they don’t know about the country they live in.”

Ben agrees that food can play a powerful role in bringing about a greater understanding. “We can all understand something that’s delicious,” he says. “We can show people that there’s so much value in our own culture here. But you have to swallow the past as well.”

Need some magic wordsmithery done?
Or an endless supply of whip-smart GIFs and super-cuddly cat pics?
Write To Me
Copyright Samantha Allemann 2021 - All Rights Reserved
Back To Top
×