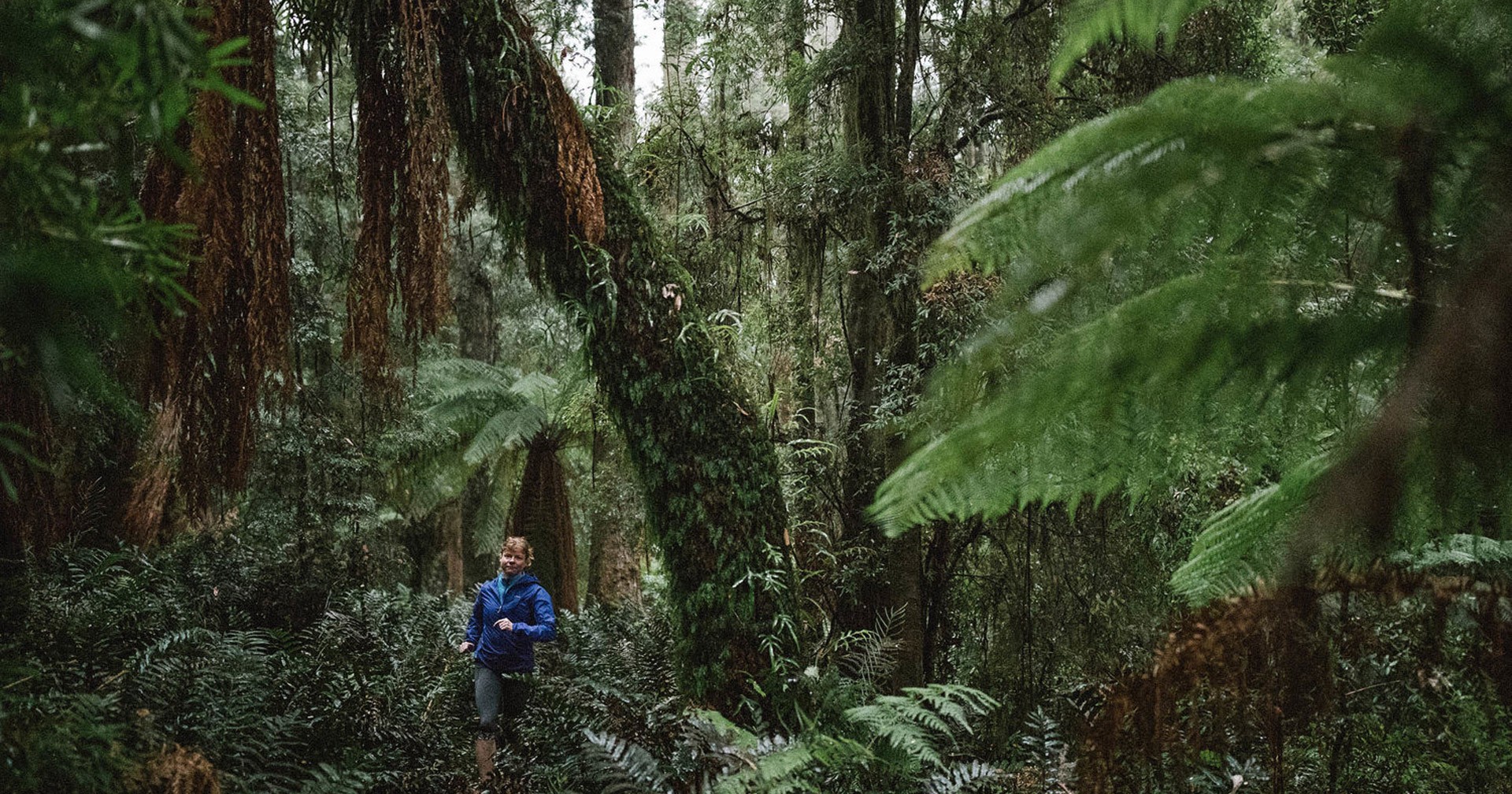 When plogging became Collins Dictionary 2018 Word Of The Year, finally Karin Traeger, a Melbourne-based ultramarathon runner, had a name for what she was doing. “I was like, ‘that word sounds cool’ – it sounds better than just ‘me picking up trash’,” says Karin.

She’d been collecting rubbish on her runs, unaware that plogging (jogging + picking up litter) was becoming an organised activity thanks to Swedish ingenuity. Starting in the nature-loving Scandinavian country in 2016, plogging has now spread across the world – the concept has got legs.

For Karin, she had started noticing the prevalence of plastics not just on land but in the ocean. Working as a diving instructor assistant she was disheartened by the sight of plastic swimming around with marine wildlife. Similarly, on her runs through parks and bushland, it was rare not to spot any trash along the trails.

In April last year Karin assembled a group of friends for an official plogging event. Since then she’s organised regular plogging events (mostly in Melbourne, but sometimes in Sydney) under the banner The Plastic Runner.

At a recent gathering by the Yarra River in Abbotsford, a group of 17 gloved ploggers (including your correspondent in Hunter S. Thompson fashion) set off with two large garbage bags each, one for recyclables and the other for rubbish. For an hour, one group walked while the other ran; the runners covering more ground but the walkers more observant – spotting a piece of foil here, a bobby pin there. About half of the group were children, and they made the best finds.

“Maybe 37 kilos isn’t very much when it comes to the whole issue, but it’s something,” says Karin afterwards, over a coffee at Studley Park Boathouse. “People are learning that their parks aren’t as clean as they’d think, and kids are learning what is recyclable and what’s not.”

Deb Clemens, co-founder of The Plastic Runner, says her two young children have become more environmentally responsible since plogging, and more vocal. “They can’t help but comment when they see people smoking in public and littering with cigarette butts, because they know where those butts sadly often end up,” says Deb.

Plogging events prove the adage that many hands make light work, especially when it comes to environmental activism, but for another ultrarunner, she prefers to go it alone.

“I’m not really someone who likes a lot of people around me,” says Nicole Anderson. “I don’t like to be the centre of attention.”

Yet Nicole has been in the spotlight, with the recent Patagonia documentary takayna focusing on her running operations for the Bob Brown Foundation (BBF). The only female GP in Smithton, Tasmania, Nicole has been involved with the Save the Tarkine campaign for over a decade.

The Tarkine in north-west Tasmania, is over 60 million years old and the country’s largest cool temperate rainforest. It faces significant threat from the logging and mining industries, with an estimated 90 percent of the Tarkine under mining tenure. Locked gates prohibit vehicles from entering, with 20 – 30 km stretches of road standing between these points and the logging sites.

“In Tasmania, we have a very bad practice on behalf of the government that things are very secretive about what goes on in the logging industry,” BBF Campaign Manager Jenny Weber says in the takayna doco.

Able to bypass those gates, Nicole puts her fitness (she was an Ironman triathlete for seven years) to good use. As a running scout, she is able to go where vehicles can’t, reporting her findings back to BBF. “It would be things like where can we get in, what is the situation like for camping, what is the biodiversity like?” she explains.

How much ground she’d cover on each mission varies, often depending on what race she was training for at the time. “If I had a 100 km run coming up, I’d want to cover at least 50 kms three weeks beforehand,” says Nicole.

“With my involvement with Save the Tarkine, I was fairly up-to-date with forestry operations,” she says.

“Because I always train alone it’s easy to get around, and I have special skills in survival, navigation, and environmental and wilderness medicine, so it’s kind of the ideal combination.”

Being able to quickly hide also comes in handy. “The fact that I’m a single woman out there all by myself means I have to be really careful not to get caught,” says Nicole, noting the degree of intimidation that comes from getting in the way of these powerful industries.

In contrast, ploggers are usually met with smiles, thanks and sometimes a helping hand. “What I love is that when people see this small action, they’ll often join in and even if they don’t there and then, some people will make a mental note of it,” says Deb. “The more people who do it, the more this behaviour will become the norm.”

Karin recalls the puzzled looks she’d get when she would plog alone in the early days. “Some people were like ‘what is that girl doing jumping behind the bushes with a bag?’,” she says. “It felt a bit taboo to be picking up rubbish; not dignified.”

“It seems like it’s not your job and it should be the council doing it, but it’s everyone’s responsibility. Even if it’s not my trash literally, it’s human trash so we need to address that instead of waiting for someone else to do it.”

Does she consider herself an activist? “I think I am, because I complain a lot!” Karin says with a laugh. “I’m creating action by bringing the topic to the table, about how we can use sport in an eco-friendly way to educate.”

“Not all activists are the ones in tree sits and chained to machinery,” says Nicole. “Activism can take on so many forms. As an individual, if you believe in anything really strongly enough, you do become an activist.”

Running 50 kms through remote rainforest isn’t for everyone, but there are other ways you can help the fight to save the Tarkine.

If you have a spare hour, plogging is a great way to exercise while cleaning up the environment. You can join an official event or just grab a couple of bags and head to your local park.