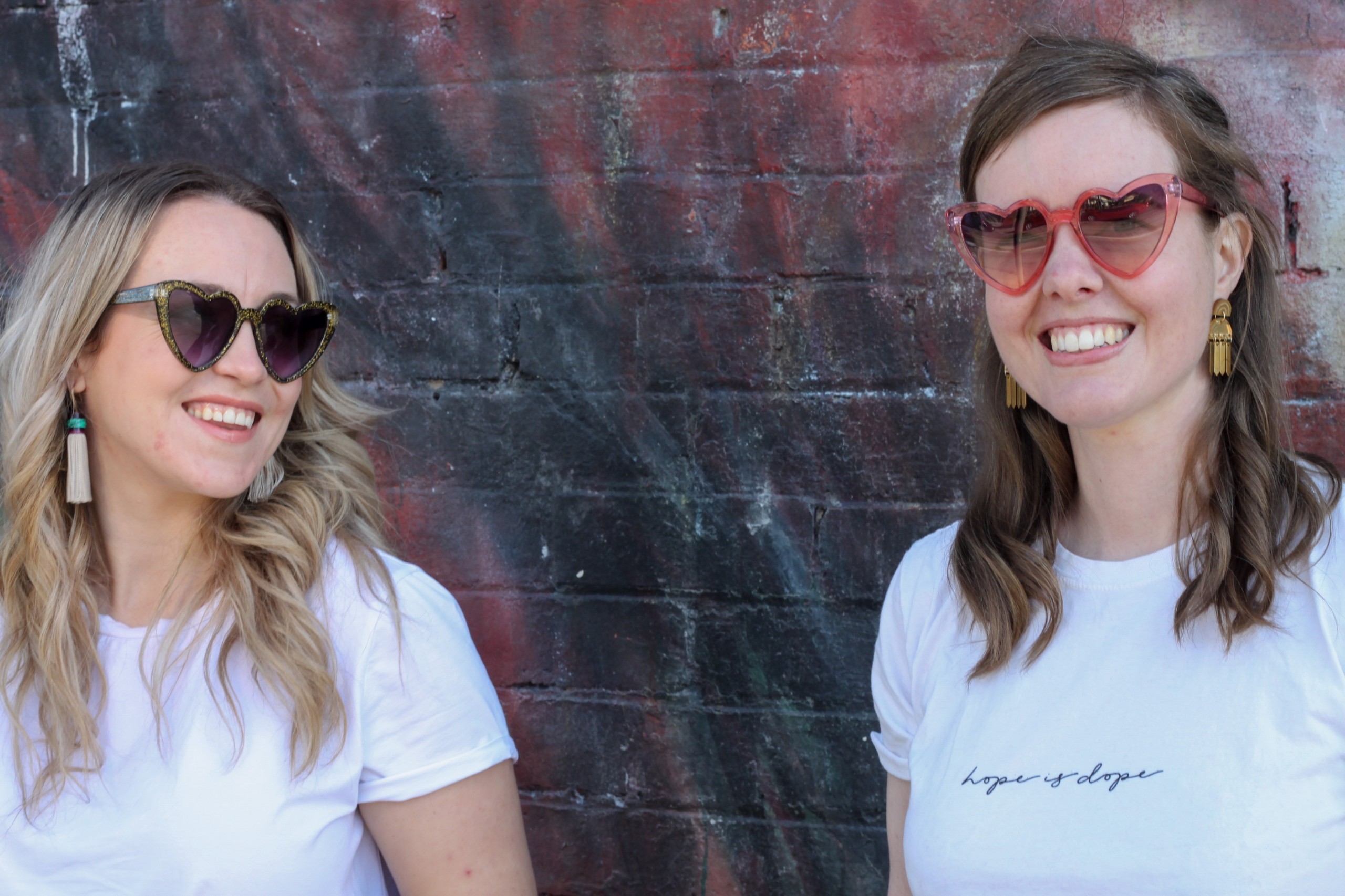 After Sarah Foster was diagnosed with incurable bowel cancer at 33 years old, she set about raising awareness of the disease.

As reported by The House of Wellness in 2020, Sarah wanted to share her battle in a bid to encourage other young people to be aware of the signs.

Sadly, Sarah passed away in November aged 35. But her legacy continues with the work of Cells Behaving Badly.

A connection through diagnosis

Sarah and friend Jody Horne – who was diagnosed with bowel cancer at 28 – began Cells Behaving Badly in June 2020.

The pair had clicked instantly after meeting at a workshop a few years ago.

“I felt less alone in the experience knowing someone else who was going through it,” Jody says.

“When you have a cancer diagnosis you have a lot of people offering support, but there are certain things that are hard to talk about with loved ones, so Sarah and I would text and see each other regularly.”

She married partner Justin at St Vincent’s Hospital, but passed away several weeks later at home in November.

Covid-19 restrictions meant only a small contingent of her many friends could attend her funeral, which was streamed online.

Currently cancer-free, Jody says she is dedicated to continuing Sarah’s mission “by driving Cells Behaving Badly and promoting awareness in her memory”.

“We can make a change if we start talking openly with friends and family about our bowels as we do any other aspect of our health,” Jody says.

Sarah’s plea to replace fear with curiosity is at the heart of Cells Behaving Badly’s message.

Jody also stresses the importance of knowing your family history, regularly seeing a GP and picking up a bowel screening kit each year.

The rising rates of bowel cancer

Colorectal surgeons such as Dr Graham Newstead have witnessed rising rates of bowel cancer over the past 10 years.

“When I was in medical school it was rare, (and now) young people, and probably their parents and GPs, don’t expect young people to get bowel cancer,” he says.

But bowel cancer was the cause of 177 deaths of Australians under 40 years old in 2019.

“Death rates for people in their 60s are reducing because of screening and we’re curing them, but the incidence of mortality in the younger group is increasing because we haven’t been screening them,” Dr Newstead says.

Standing in my uncle's bathroom in Switzerland, a skylight beaming the harsh alpine sun…