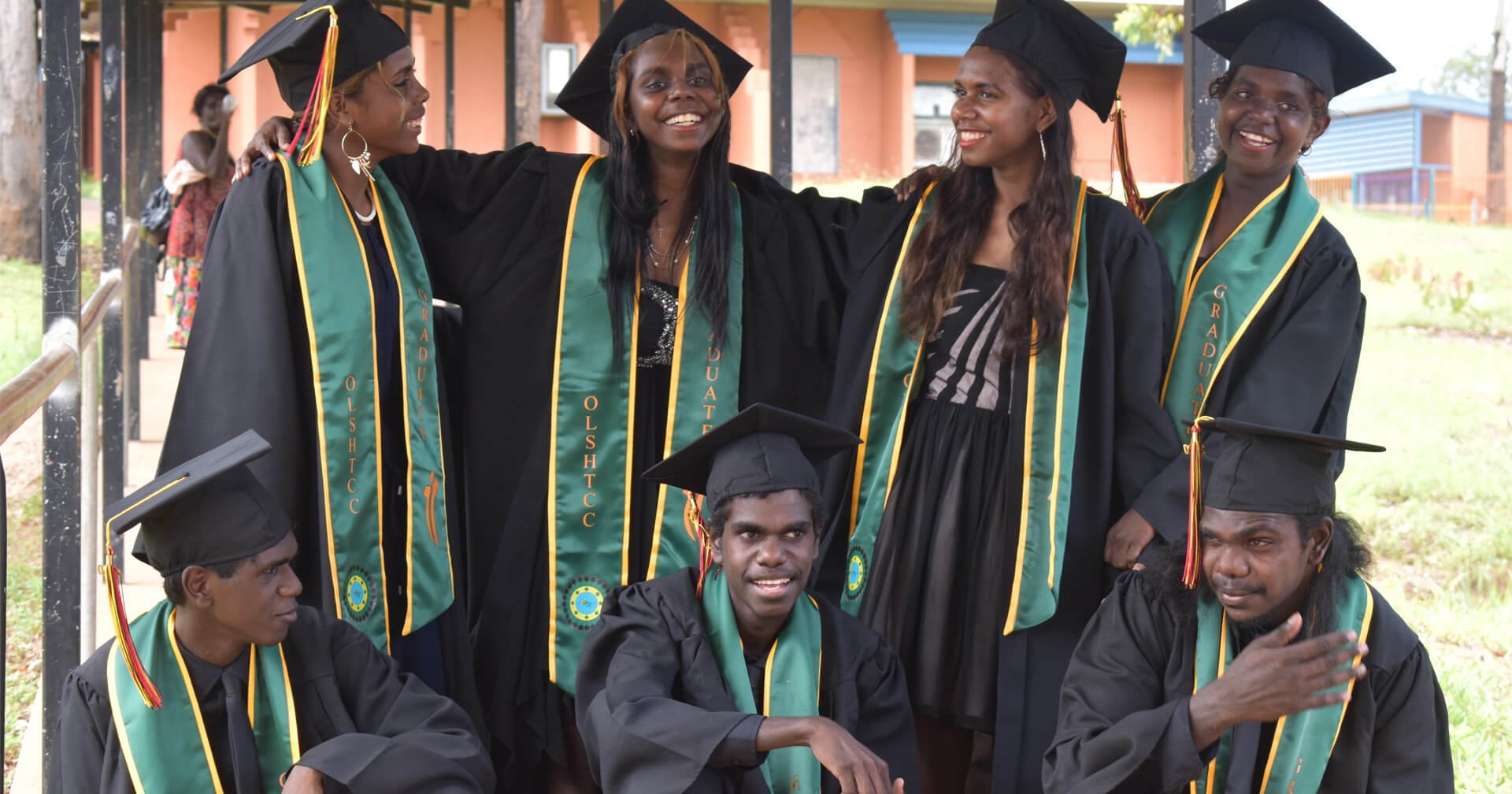 With students around Australia preparing to complete their education in what has been a year like no other, seven young people from the remote Indigenous community of Wadeye in the Northern Territory have celebrated their graduation against the odds.

“I’m not the type of girl who sits at home,” is 17-year-old Mary Pupuli’s response when asked why she wanted to graduate high school.

Mary, who is from the Ma Thawurr clan, is one of seven Year 12 students graduating this year in the town of Wadeye, in the Northern Territory. They are the first students to do so since the class of 2007.

Head of the secondary school at Our Lady Of The Sacred Heart Thamarrurr, Matthew Spring, says it is an achievement three years in the making, with improved patterns to completion and a new teacher structure benefitting the students.

“We have also worked very closely with the Northern Territory School of Distance Education and had quite a shift in the organisation and delivery of curriculum over the last three years,” he says.

The students gained an Adapted NTCET (Northern Territory Certificate of Education and Training) and through a Certificate II in Applied Languages they obtained credits in their language, Murrinhpatha – the first time this has happened.

Friends Benjamin Mullumbuk and Jonah Nemarluk say they were motivated to finish Year 12 to improve their chances of finding work. But the achievement hasn’t been without its challenges.

As well as finding the schoolwork hard and study time a challenge, the students also had to deal with other factors beyond their control.

Kardu Yek Nangu teenager Benjamin says “COVID-19 and fights” were the biggest difficulties this year, saying community unrest had sparked in Wadeye which made it hard to keep up the attendance at school.

Fortunately, support came both in and outside of the community, with the students spending residential weeks with the Northern Territory School of Distance Education so they could study. Jonah says they were a highlight, as he got lots of work done.

Mary lives in a three-bedroom house with 19 other family members, so having the time away gave her the chance to concentrate on schoolwork relatively free of distractions.

Students also sometimes stayed at a local boarding house, run by Aboriginal Hostels Limited, which has a strong relationship with the school community.

“Our teachers, parents and the boarding house staff were supporting us,” Jonah says.

Friends also played an important role in encouraging them to keep going as they tackled the challenges together.

Mary, whose mother is employed at the school, has already started working as an assistant teacher for the school’s Year 1 class.

“The students love having someone so young and energetic in the classroom,” head of the primary school, Alex Werner says.

Jonah enjoys drawing and design, so he is thinking about pursuing graphic design. He has started working at the school too, in the literature production centre where the school’s educational resources such as books and posters are created.

Benjamin, who is interested in photography and media, writes in the yearbook that he hopes “to be independent so that I can look after myself and my family”.

The students celebrated their completion on Thursday, with a special ceremony held at the school. And while COVID-19 restrictions meant they had to cancel plans to hold the event in Darwin – which had previously been a motivator for students to graduate – there was still excitement for the smaller scale ceremony.

The students said they looked forward to getting dressed up as it was an opportunity they don’t often get in Wadeye. Fitted out in their gowns and caps, they paraded in front of the school and their families before receiving their completion certificates.

The achievements of Mary, Jonah and Benjamin  – as well as their fellow graduating students; Jacinta Dumoo, Brody Karui, Concepta Karui and Ezekiel Narndu – has already had an impact on the younger children at the school, some of whom are their siblings.

“Work hard,” says Mary when asked for her advice to students wanting to follow in her footsteps.

“When [students] finish, they will get a job,” adds Benjamin.

Hand-in-hand with their improved prospects, teacher Mr Spring’s wish for the students is that they now remain “happy, healthy individuals who feel empowered to contribute to their community and stay strong with their language and their cultural beliefs”.

First published on sbs.com.au, November 2020. Photo supplied by Our Lady Of The Sacred Heart Thamarrurr.

In 1980 in America’s Bible Belt, a toddler named James Luke had tumours all over his body. An IV insertion caused a linear scar on his neck, while a tumour behind his left eye blinded him and another behind his right ear was biopsied.
Need some magic wordsmithery done?
Or an endless supply of whip-smart GIFs and super-cuddly cat pics?
Write To Me
Copyright Samantha Allemann 2022 - All Rights Reserved
Back To Top
×