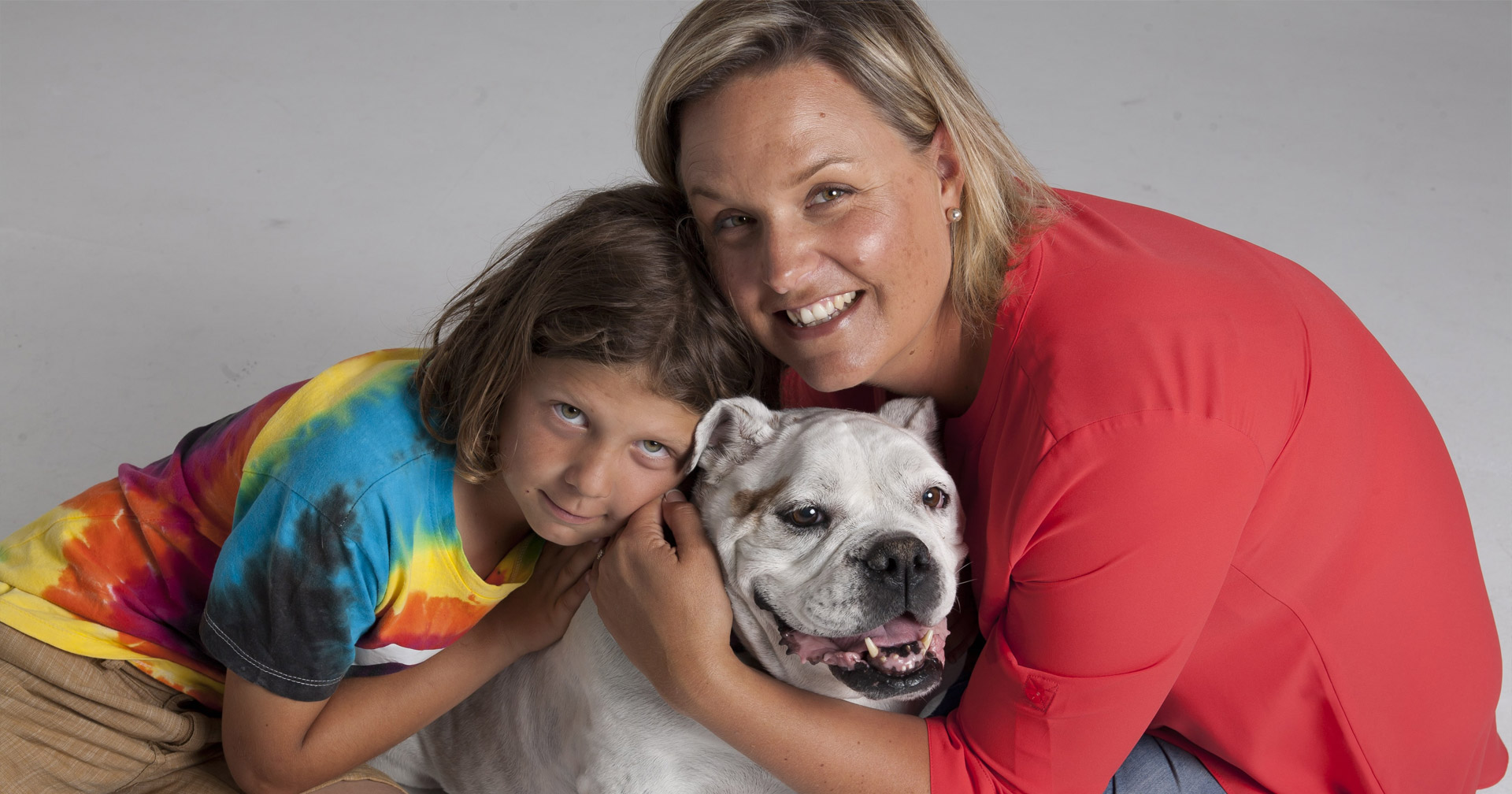 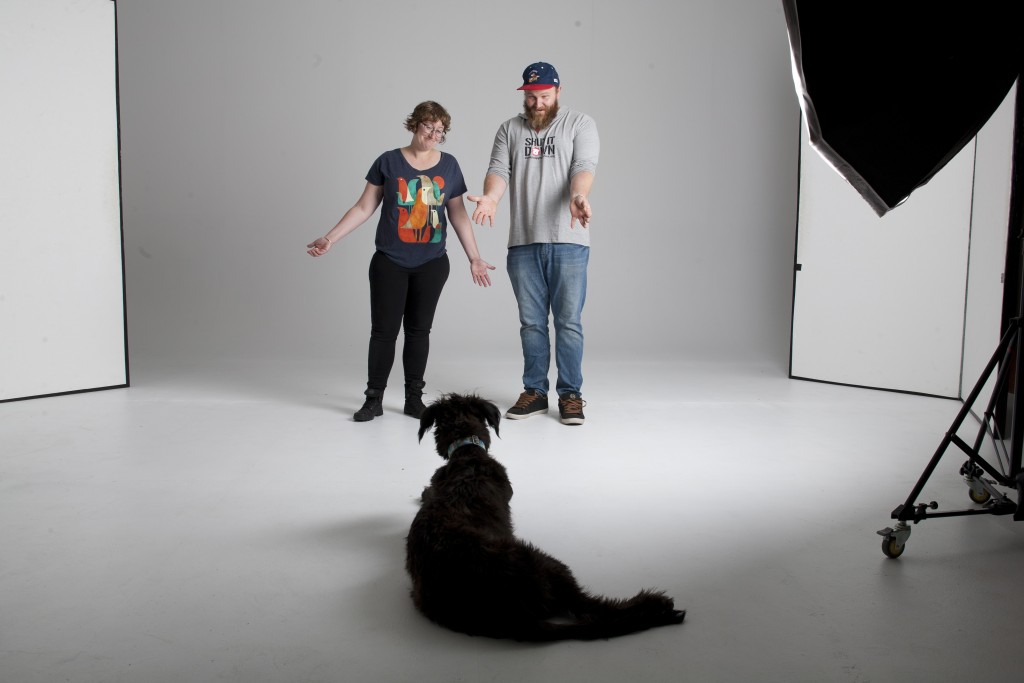 Anne and Rohan with Alby Gangles

Anne: “Rohan and I have fostered dogs, puppies, cats, kittens, chickens, rabbits and even fish! We foster what needs fostering. Why limit yourself to one sort of animal when there are so many different creatures that need cuddling? Except for the fish—don’t cuddle the fish. Our current foster Alby is a giant goofball who can’t figure out how to sit on something without falling off and carries a toy in her mouth when she goes out to the toilet. Fostering provides constant entertainment.” 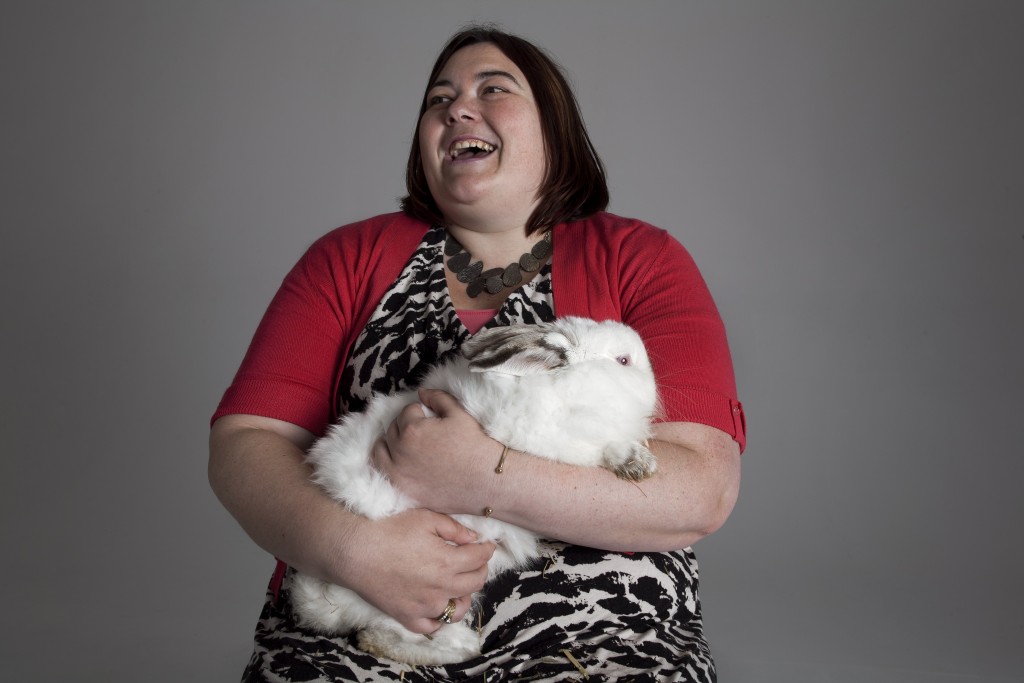 “Bunnies are so prone to neglect and mistreatment, yet in rescue their plight often gets overlooked with most resources going to dogs and cats. I love having the opportunity to show people how bunnies are so much more than just a novelty animal to be put in a hutch at the bottom of the garden. I can’t tell you how proud I am to be able to help so many beautiful rabbits each and every day.”

“My partner and I became foster carers about two years ago. We were asked if we could look after some rats temporarily because they didn’t have anywhere to go, and we said yes. It’s really funny when we let them out to play. We have a room that they can run around in, so they zip around exploring and play fighting with each other, climbing up wherever they can. It’s great to see them explore and play; they have so much fun.” 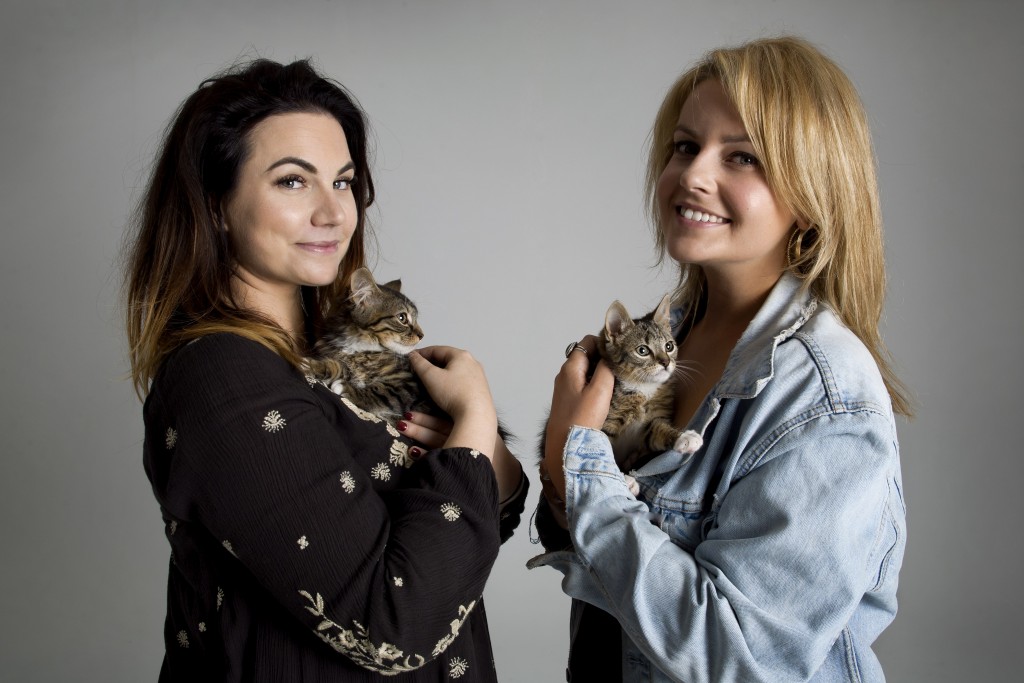 Sarah and Alex with Luke & Lorelai

Sarah: “I took in a young cat who’d just had kittens. She was the most timid, frightened cat I’d ever met and it was months before I could pet her. She was with me for close to a year and every day we’d make progress—a head butt here, a little play there. In all that time, she didn’t get one adoption enquiry. It broke my heart. I ended up adopting her as I just couldn’t bear the idea that no one wanted her.” 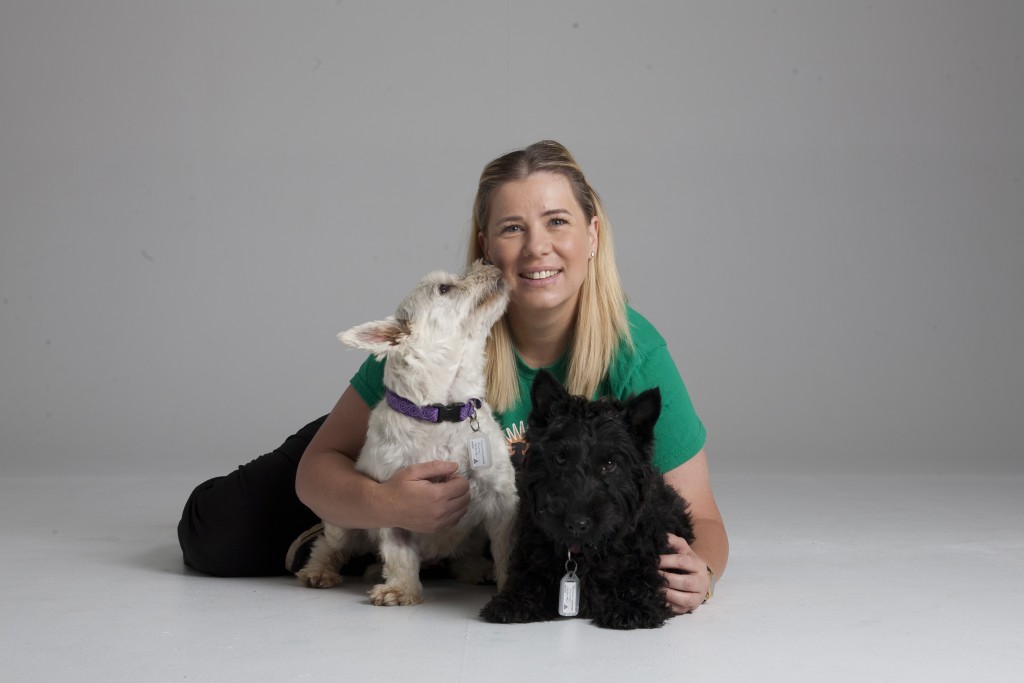 “Before having children I worked as a veterinary nurse and while I was no longer working in the industry, I decided to start fostering as a way to continue my interest in animal welfare. Puppies and kittens are always lots of fun and give endless hours of entertainment for the whole family. Sometimes despite all the medical care and all the other interventions made to rehabilitate a sick animal, some don’t make it. That’s really hard, but I try to focus on the love and comfort I do give them for whatever time they may have.” 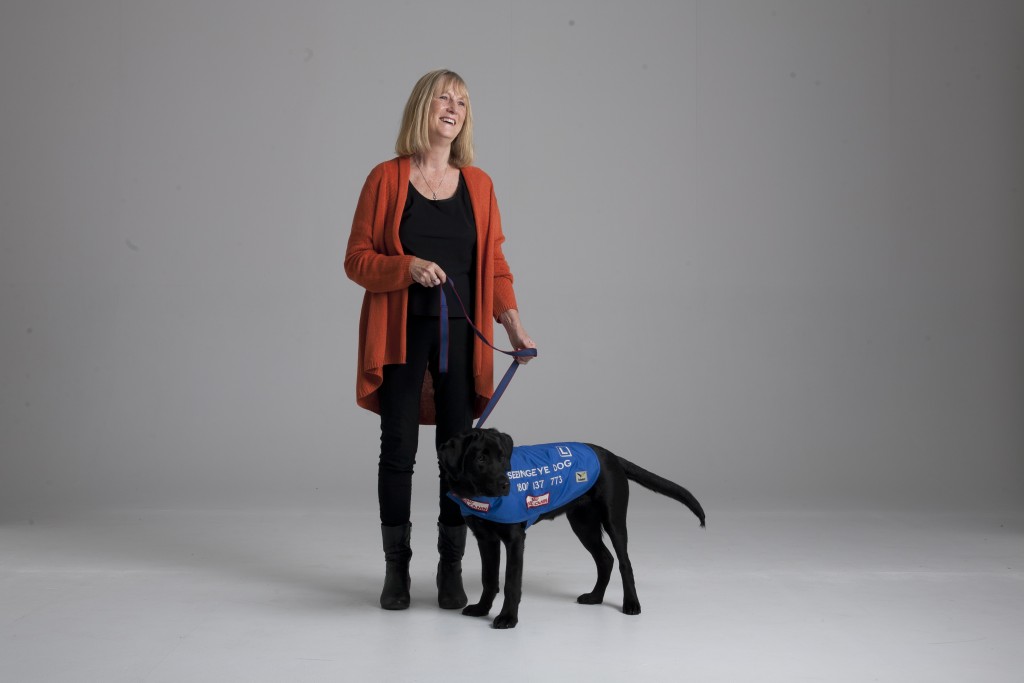 “I was first interested in raising Guide Dog puppies when my mother began to lose her sight in her early 70s. I was working full-time then, so it was only a few years ago that I was finally able to take on my first pup. It has been great fun being able to take the pups with me everywhere I go—shopping, movies, restaurants, hospitals, on public transport. But extra time is needed whenever I go out. Shopping trips can take twice as long with so many people asking about the pup, especially when they are very young and extra cute.” 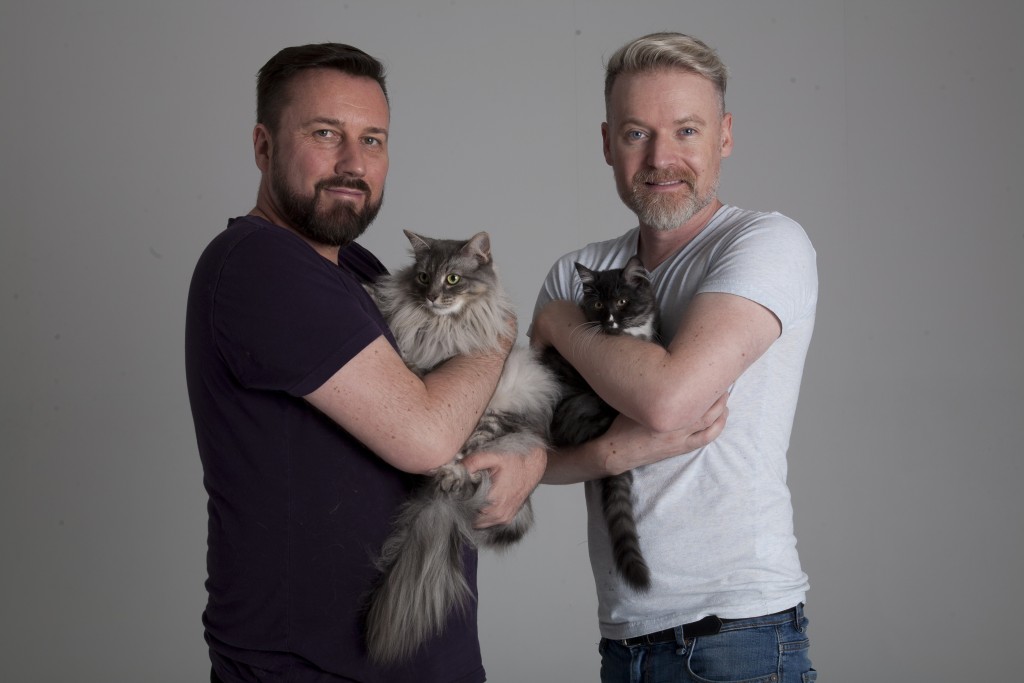 Justin and Gav with Zette & Quinn

Justin: “We’ve foster failed, adopting three out of about the 60 cats we’ve looked after. We’ve managed to stay strong and not adopt any more as we know how few foster carers will do what we do, like taking on mothers with newborns for example. Finding loving homes for older kittens, even adult cats, isn’t that hard, but finding foster carers to look after them while they’re at that fragile stage is really hard.” 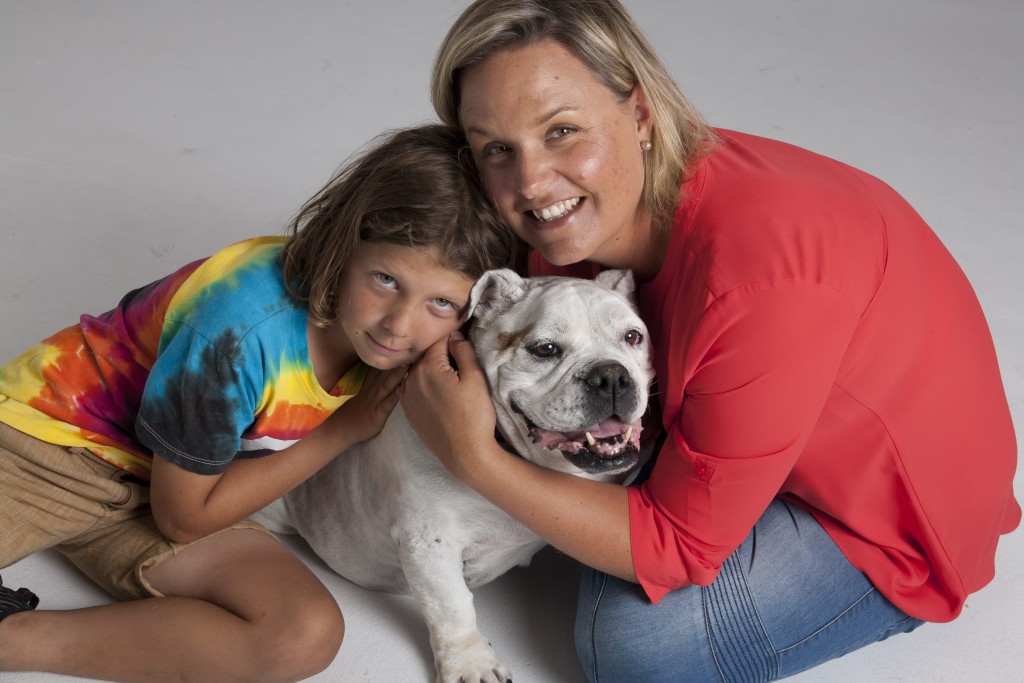 Tori and Charlie with Bob Murphy

Tori: “Bob Murphy is a really great dog and a very typical Bulldog—stubborn and gassy. She loves nothing more than a cuddle on the couch. She came from a breeder who dumped her once she was too old to have puppies. Fostering has exposed us to the best and worst of human nature. And it has also brought home to all of us the endless capacity of dogs to forgive. It’s a lesson that many people would benefit from learning.”

A condensed version of this story was first published in Sunday Life magazine.

If the promise of endorphins aren’t enough to get you moving, how about knowing the…