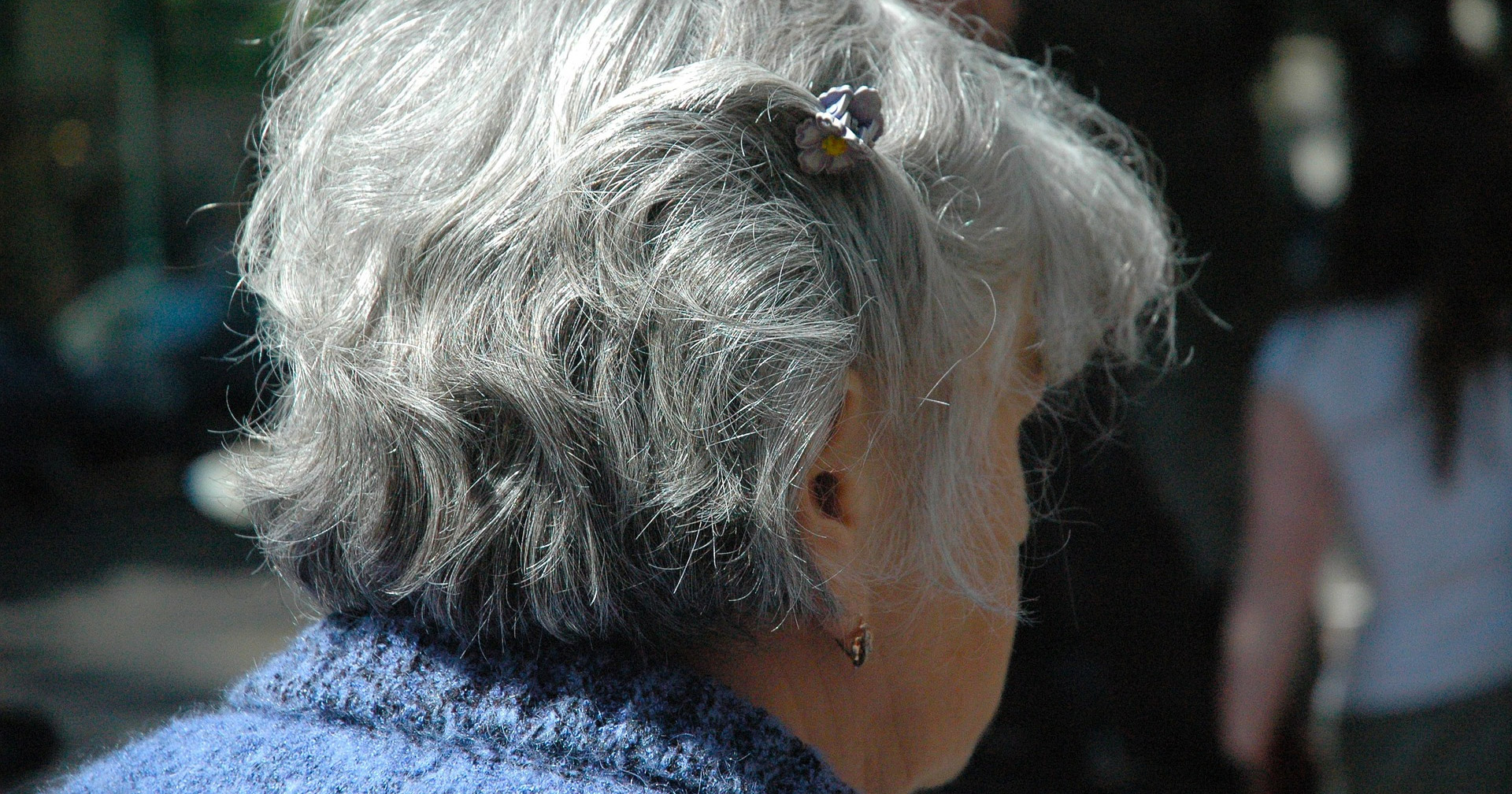 They’ve worked or been caretakers (or both) their whole lives, but they are the fastest growing homeless demographic in Australia—thanks to a lifetime of gender discrimination.

She lives at the base of Sydney’s Blue Mountains, in one of a cluster of units. She gets on well with her neighbours but she couldn’t tell you much about how they got here.

“We don’t normally tell our stories to each other,” says Margaret, 60. “We’ve just become friends. What’s happened to you in the past is your past.” Living in social housing run by Mission Australia, that may have something to do with the fact her neighbors have all faced homelessness at some stage of their lives.

Women over 55 are more likely than men to have lower retirement savings, thanks to lower average earnings and having taken time out to have children.

For Margaret, this unexpected turn of events came after a fairly conventional life. She had been married for 23 years, juggling her commitments as a mother and a small business owner. She had a roof over her head. But when her husband left her for another woman, he made Margaret sell the family home.

“I wanted to hang onto the house until my son was 18,” she says, “and he made us sell it. Through the courts and that.”

Not long after, he killed himself. Margaret, still looking after the young son they’d adopted from Vietnam, had to deal both with the grief and the debts her ex-husband had left behind from their house and their video shop.

“I went to the solicitor and they said all you can do is go to court and sue your dead husband on the grounds that he hasn’t paid the bills,” she recalls. “They said ‘You’d win, but you’d still have to pay because you’re responsible,’ as he never took the debts out of our joint names. I ended up going bankrupt.”

Margaret’s story is not unusual. She is part of a rapidly increasing number of women in Australia who are facing homelessness later in life. Just like Margaret, many were once homeowners or private renters with a stable housing history—until they experienced common crises such as relationship breakdowns, domestic violence, widowhood, health issues, and/or financial difficulties after retirement.

A “lifetime of gender discrimination” combined with rising rental prices have made older women particularly vulnerable, says Susan Ryan, Australia’s former Age Discrimination Commissioner. “Women experience employment discrimination at every stage,” Susan said in a recent address as part of a St Vincent de Paul lecture. “They earn less, typically are restricted to lower paid jobs which produce lower levels of superannuation, they do not get fair access to training, and [they] are blocked from promotion to senior roles.”

“When they have children, they get only minimal financial support for parental leave, then face barriers returning to paid work,” she continued. “Typically it is women who undertake caring roles for elderly parents and family members with disability, often needing to leave the workforce entirely to provide this care. Most of this caring work is unpaid, or attracts only a small benefit, and with no superannuation.”

Women over 55 generally have lower retirement savings than men thanks to lower average earnings and having taken time out to have children, according to Catherine Yeomans, Mission Australia CEO. “So a big life change such as marital breakdown or widowhood, or even a rise in rental payments, can be more detrimental for a woman.

“If they don’t have that financial buffer, they have no choice but to dip into their retirement savings to survive. This is not a sustainable way to live, and sadly we are seeing many women fall into homelessness for the first time later in life.”

Although priority for public housing is given to older women, demand far outstrips availability. “The shock of this new face of poverty is that most of the women involved have not experienced longterm serious illness, and have worked most of their lives,” says Susan.

“They may have once owned a house, but lost it through relationship breakdown, business failure or sheer bad luck. They would not be eligible for public housing in NSW, where we have a waiting list of around 60,000–most of them people with significant problems who must be accommodated ahead of our well and capable, but poor older women.”

After she lost her house, Margaret and her then-teenage son rented privately, moving again and again to accommodate rental price hikes.

Although technically at risk of homelessness, Margaret would not have been counted as such: While 5,330 women over 55 identified as homeless in 2011, an increase of 12 percent since 2006, those living on the street only account for six percent of the homeless population. The cohort is therefore difficult to count, with the majority is experiencing what’s known as “hidden homelessness”.

These are the women who rely on charities to provide them with some sort of accommodation, often temporary and insecure, says Susan. “The women who sleep in their cars, if indeed they have a car, or are forced to move in with family or friends—a situation which is intrinsically short term.”

This was the case for Margaret, who eventually moved with her son into the home of her elderly parents. “But they were in their seventies with masses of medical problems, and I’m in a wheelchair—so it wasn’t going to be easy for them to look after me,” she says.

Margaret was injured at work 40 years ago, the resulting spinal injury confining her to the wheelchair. She laughs when asked if she received compensation for the accident. “Are you kidding? That was the Commonwealth government. You didn’t get anything like that back then.” She had a disability support pension, but it didn’t go far.

“For older women who don’t own their homes outright, the pension is increasingly inadequate to cover rental or mortgage costs. This is especially a problem in our major cities,” says Catherine.

Margaret eventually got into a housing commission flat, only to move again because she was unable to get into the bathroom with her walker. She then secured wheelchair-accessible housing through Mission Australia. She realises she’s one of the lucky ones; some of her friends are in domestic violence situations but unable to leave.

“I know some older women who are living with their family who are abusive and that, because they can’t find a home where they can live. I ring them up and I hear them being yelled at and everything,” she says. “The waiting list for accommodation is ten years or something, and when you’re looking at our age group, that’s a darn long time to find somewhere.”

With a critical shortage of affordable housing in Australia’s cities, Mission Australia has called for a target for 200,000 new social homes across the country by 2025.

“Affordable housing is key to both preventing homelessness, and moving people out of homelessness,” says Catherine. “The risk of homelessness for older women can be greatly reduced by adequate provision of housing that is [both] affordable on the aged pension, and suitable to their needs.

“We need to ask our governments and our private sector providers of housing why it is that when we continuallyhear and see evidence of a housing boom—where we are told the construction of dwellings is at an all-time high—that a proportion of these new dwellings cannot be offered at an affordable rent.”

“I’m assured by experts, who know much more than I do about local and overseas practice, that some European governments require about 20 percent of new developments to be affordable. Here we don’t do that—why not?”

Catherine says removing stigma is also key to saving older women from falling through the cracks. “We know older women are less likely to seek help from homeless services when housing problems arise.”

Margaret no longer has any contact with her son, who she says wants nothing to do with her for reasons unexplained. Twice a week she visits her mother, who lives in a nearby nursing home. She also socialises by playing Bingo—”just for the fun of it, not the winning”.

She finds comfort in art; painting, printmaking and photography. Her work has featured in exhibitions as close to her home as Sydney and as far away as Rome. She didn’t get to go to Rome, she could never afford it, but she’s happy where she is. “Honestly, if I didn’t have this house, my life would be completely different.”

If the promise of endorphins aren’t enough to get you moving, how about knowing the health of the planet can be helped by you going for a run? Across the world, ultrarunners, sprinters and joggers are dedicating some of their runs to looking after the environment, proving that exercise can be a form of activism.
Need some magic wordsmithery done?
Or an endless supply of whip-smart GIFs and super-cuddly cat pics?
Write To Me
Copyright Samantha Allemann 2020 - All Rights Reserved
Back To Top
×